Helston and District Rifle Club was founded in 1940.

In 2014, we celebrated our 75th anniversary and 25 years at our current base, Station Range.  For almost 50 years the club shot in a converted potting shed at Lismore. With the help of Helston Town Council, we managed to buy our current site, the old shunting yard of Helston Railway.

A five-point firing point with a large clubroom was built and with a hardcore membership of around 20, the club diversified from just target rifle shooting to introduce air weapons, and then open its doors to visually impaired  shooters 14 years ago.  Our membership stands at around 60 members ranging in age from 10 year olds to 70 years young!

More recently, junior shooters have been welcomed to the club and have gone on to have great success.  We compete at local (inter-Club) level, County level and National level with shooters representing Helston in a number of National Championships including the National Rifle Meeting and British Airgun Championships held at Bisley,  British Wheelchair Sports Championships at Stoke Mandeville and the British Blind Shooting Championships at Wolverhampton.

Range Fee £1.50 per visit (includes use of equipment, insurance etc.) 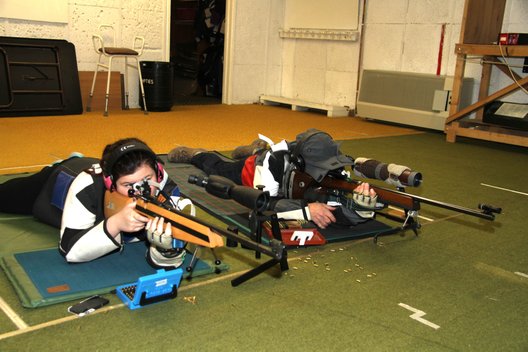 Our Constitution will be uploaded soon!

Our Bye-Laws will be uploaded soon

Affiliated to the National Smallbore Rifle Association (NSRA) No.00837